TV shows that promote and create entertainment are quite popular. Remember Candid Camera, Prank Patrol and others. It can be fun watching others be fooled, albeit temporarily. Many remember Hugh Jackman being the subject of a serious prank on US TV,  that made him believe he had set his friend’s house on fire by leaving the BBQ alight, and unattended.  Radio jocks and in particular Breakfast DJ’s have almost a mandatory requirement to entertain their listeners by making prank calls during their radio program. Where is the moral or ethical boundary for this behaviour? When does a joke go too far? The prank by two Australian Radio DJ’s has it seemed, sparked a furore over breaches of security for the royal family, patient confidentiality and ethical behaviour in regards to pranking.

Now, the news of the tragic suicide of the Nurse who transferred the call to the ward, has resulted in widespread condemnation for the Australian DJs, and it seems somehow, that many people think that the whole of Australia, as a nation, is to blame. As an Australian, I do not feel responsible, and it touches on a cultural issue. Australian’s don’t take themselves seriously, they mock and tease each other, and like to have a good laugh at ourselves and each other. This is part of our national psyche. It is not malicious, but in other cultures, it could be taken as malicious. If the DJ’s had called a hospital in Australia, this would probably not have happened. I have said before: Humour does not always translate well across cultures and languages, and misinterpretations often occur. The DJ’ got lucky ( or unlucky,as it now seems) as the call was accidentally put through, causing British Home Security to be outraged about security for the Royal family, the Hospital to be embarrassed and the poor victims affected reeling.
This is not what the DJ’s intended at all, and there is now concern for their emotional state. Their jobs and lives will probably be ruined forever. How would one cope knowing that something that was meant to entertain and cause a few smiles, inadvertently contributed to the death of some poor soul?

Then there is the victim herself. I truly feel for the family of this victim, and the Nurse herself, who perhaps felt overwhelming pressure and humiliation from the knee-jerk reactions of a subjective international and British press, who ” could not understand how anyone could fall for such terrible accents. “

Then there is the reaction from the Hospital towards their employees.  I don’t believe for one second that there was no disciplinary action towards either Nurse involved. Having worked as a Nurse, I can say that if I did something similar, I would have been raked over a hell pit of coals, with gaping crocodiles reaching up to take bites out of me. Nursing Supervisor Matrons of old would have torn stripes of me, and made me feel completely worthless.  With the hospital a subject of security breach of the Royal family, and their international reputation tarnished beyond repair, coupled with a potential threat of legal action, I really find it hard to believe that there was NO disciplinary action by the hospital. Rather, I am sure she was made aware very quickly of the consequences of her actions. Having said all that: we may never know what prompted her to take her own life, but extremely important to note is NO lesson has yet been learned, as the same emotional judgements are now directed towards the Australians inciting further rage and condemnation. over the internet.

Is it not the press who should feel responsible for inciting anger and humiliation? Where  is their ethical and moral boundary? They pass on these messages interpreted and biased towards their own viewpoint and experience and values, with little regard for the knock on consequences. My childhood dentist always maintained that journalists were the bane of society, so quick to judge and influence public opinion yet remain immune from the knock on effects. I don’t hear anyone blaming the press – the evil messenger who delivered this message with such high and mighty condemnation.

I am not perfect either. I struggle not to pass judgement on others in my microcosm of society. But I am not an international journalist, and I don’t broadcast every misdemeanour to the world, and yet here I am writing about it on the internet, a forum open to the world, well at least WordPress readers. So I think this is an important article to be really telling of modern society.  As it says:

“For now, the vindictiveness of much of the reaction is perhaps a small measure of just how alienated from our better selves so many of us have become.”

‘The late philosopher and psychologist Erich Fromm wrote in the 50s that if prevailing trends that put economic production before human engagement continued, we would all eventually occupy a dangerously unbalanced society, peopled by alienated individuals living atomised existences, lacking in empathy, quick to judge because judgment by others is always anticipated, equipped with “the greatest material power without the wisdom to use it”. What might halt the march to misery, he argued idealistically in The Sane Society, was sharing experience, living by “love, reason and faith”.

Certainly, in the decades since then, aided more recently by the instant opinionator Twitter, blogs and social networks, our inclination to judge, critique, analyse, blame and scorn, often on the basis of next to no knowledge, has grown incrementally. We are propelled like narcissistic toddlers in a permanent state of tantrum to place ourselves in the centre of the dramas, scandals and terrible tragedies of total strangers. We cannot bear to witness a set of circumstances that remain private and resistant to our obsessive compulsion to know all and pass judgment, no matter what the consequences to the sometimes random recipients of blame.

On Friday, Jacintha “Jess” Saldanha, a 46-year-old mother of two, is believed to have taken her own life. She had been duped by the prank phone call to the King Edward VII hospital, during the time the Duchess of Cambridge was a patient. The call was made by Mel Greig and Michael Christian, two Australian DJs working for 2DayFM in Sydney, pretending to be the Queen and Prince Charles. Mrs Saldanha had worked at the hospital as a nurse for four years and was living in its nursing accommodation. A family statement issued on Friday night said: “We as a family are deeply saddened by the loss of our beloved Jacintha.”

The hospital has spoken highly of Mrs Saldanha; the Duke and Duchess of Cambridge have expressed their regret. However, much else that has been said and done since then displays an alarming lack of perspective and a malevolent desire to exact restitution on a scale that appears to minimise the plight of a family grieving for the loss of a mother, daughter, wife and sister in circumstances nobody yet can know – and may never know.

The two DJs have been threatened and abused on Twitter and accused of having “blood on their hands”. Much joy would be lost to the world if it was calculated every prank could possibly end in tragedy. The two are suspended from their radio station. The post-Leveson press are accused of hounding a woman in such a way that it might have contributed to her death. The hospital says Mrs Saldanha had not been disciplined over the call.

Some suicides do result in valuable lessons being learned and they require behaviour to be changed. A bullied child, say, or the desperate, overlooked mental health needs of a woman, or the death of a father who also kills his children, an act of terrible aggression, impotence and rage. Lessons may yet emerge from Mrs Saldanha’s apparent decision to kill herself, but when and if that should happen, that is the time, if required, for genuine culpability to be accorded. For now, the vindictiveness of much of the reaction is perhaps a small measure of just how alienated from our better selves so many of us have become.’

Journalism can be used for good, but also for bad purposes. The above is an intriguing article, and I am also guilty of judging others, and fight with myself often about what I think, is  this less than desirable trait. Perhaps the lack of instant communication and instant “news” that we have today, contributes to our feeling qualified to pass comment. If we received this “news” by letter four months down the track, would we be so quick to judge, or would time give us more patience and empathy? Time to digest and simmer down our anger, and heal our ragged emotions? Something to ponder about? I will for one, try to learn a lesson here, and refrain from gossiping about others, and consider just what effect my values and bias has in interpreting behaviour. If everyone could do this, even for a little while, then Jacintha’s death will not be in vain and the world will be a less vindictive place.

13 thoughts on “Australian DJ Royal Prank ends in Nurse’s death. When does a joke go too far? Are Journalists to blame?” 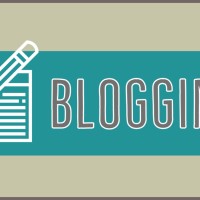 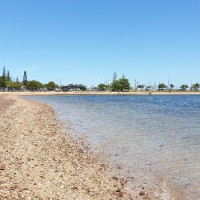