I’ve added the P because this book won’t be on the market until November, but having read an advanced copy, I wanted to make sure that those who will be interested have this release on their radar. So here’s a preview-review.

DEATH OF A NIGHTINGALE
By Lene Kaaberbøl and Agnete Friis
translated by Elisabeth Dyssegaard
Soho, November 2013

The prickly, principled, and not-very-personable nurse, Nina Borg, who featured in The Boy in the Suitcase and Invisible Murder appears again in a story that not only crosses borders (as 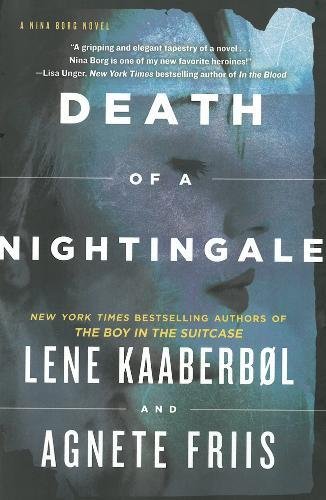 the previous stories in this excellent Danish series did) but time periods. The authors have carried off this difficult task with brio. How two writers can put together the many pieces of such a tricky narrative suggests they’re very good at plotting and at the finer-grained finishing work of sanding and smoothing the edges so that they are imperceptible. They respect their…