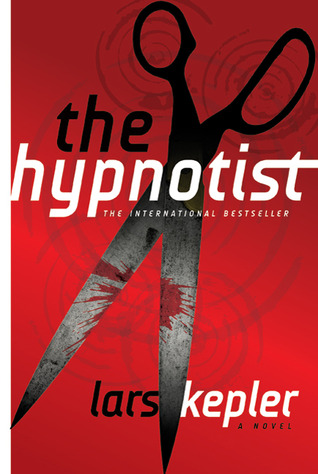 I love Swedish crime fiction, and this is my first encounter with Lars Kepler. It is not for the faint – hearted but then do the faint-hearted read crime fiction. If this was true crime, I would have refused to read it, as it is graphic and violent in parts. The riddle is solved early in the book, but the reader soon learns, there are several other riddles to solve.
The characters are interesting, but the protaganist and twists of the story, particularly at the end, is not totally believable. The police investigator, however, sounds like he could develop into an interesting character, albeit a bit of a know all.
It discusses the psycho-medical treatment of mental patients using Hypnotism, a treatment slowly gaining mainstream momemtum. Charletans, or a non-invasive way of tapping into the subconscious brain?
Something to ponder over?
Below is a synopsis from goodreads.
Here is my view:
The good: Highly descriptive, enigmatic, all that you would expect from a decent swedish crime novel. Love the atmospheric descriptions of the environment. A thriller is every sense of the word.
The bad:  Switches from first to third person for a substantial period of the book. It is justified, but does throw the reader with a preference for one or the other. Story believability: Poor, in parts.
The ugly:  Portrayals of ruthless, bloodthirsty murderers, or those that are mentally unstable.
Rating: 3 out of 5 (i.e Give it a go)
Goodreads:
In the frigid clime of Tumba, Sweden, a gruesome triple homicide attracts the interest of Detective Inspector Joona Linna, who demands to investigate the murders. The killer is still at large, and there’s only one surviving witness—the boy whose family was killed before his eyes. Whoever committed the crimes wanted this boy to die: he’s suffered more than one hundred knife wounds and lapsed into a state of shock. Desperate for information, Linna sees only one option: hypnotism. He enlists Dr. Erik Maria Bark to mesmerize the boy, hoping to discover the killer through his eyes.

2 thoughts on “The Hypnotist – by Lars Kepler, Ann Long (Translation)”