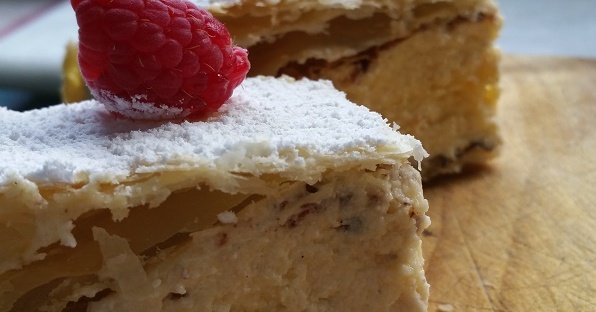 I do like tradition and I do love sweet cakes – who doesn’t? Lin’s blog: Lin’s Recipes  provided an impetus for me to marry these two things in her February Cake Challenge. 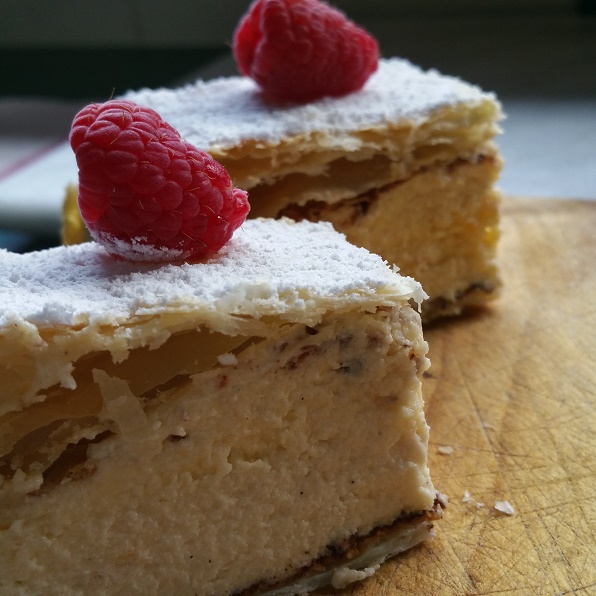 Lin challenged each person to research and make a cake from a selected list of old recipes and report on it during February. From the list of daunting culinary masterpieces, I chose a cake I had not made before: Kremowka. Kremowka is a polish cake sometimes called Papal cream cake or even Napoleon, after the two gentlemen who apparently were rather fond of it. [Well, that may partly explain their girth!]

But hang on, I thought! I am a complete failure when it comes to pastries…. in fact, I suck at them! With the exception of one ‘wholemeal flour – never fail quiche’ pastry that is in my baking repertoire, I give a wide berth to any recipes calling for pastry to be made, so how was I going to fulfill Lin’s challenge?  Scroll down to see….

The slice itself, comes with history: The story goes that one day Pope John Paul revealed to a crowd of onlookers how he was a big fan of Kremowka, or Kremowki, as it is also sometimes known in Poland. The Day after he said this, scores of devotees turned up to greet him, each bearing gifts of Kremowki, and ever since the slice has earned the nickname ‘Papal Cream Cake.’ 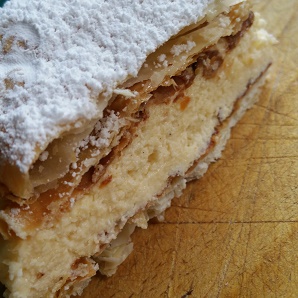 In researching the slice, I found a Russian “You-tuber,” who provided me with some useful (visual only), cooking tips for making Kremowki, whilst Polish recipe guru, Ania Culiniac, provided the recipe, which had apparently, been handed down from her father, (a pastry-chef from a top hotel in Warsaw). Ania’s  videos, [relax – those ones were in English], further assisted me with details, as I am afraid my knowledge of Russian is limited to ‘yes’ and ‘no’…….

Here is the recipe I used and a few extras if you wish to try the adaptations I made: –

4. Bake for around 20 minutes till it is nice and golden. Set aside to cool completely.

In the meantime, make the custard cream filling.

The best part of the recipe is always in the eating…..

Judges for this challenge are Suzanne and Jhuls

** My secret to a good pastry – use pre-prepared pastry dough! Shame, Amanda: Shame!!!

Something for the taste buds to Ponder About 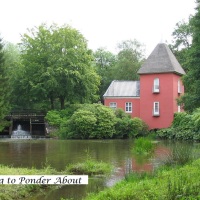 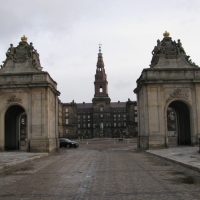 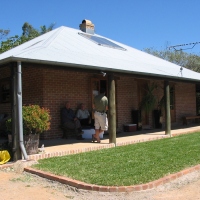