It was almost a perfect summer’s day. That interlude of lazy days between Christmas and New Year.

The waves gently caressing the shore and the tourists out on stand-up paddleboards, kayaks or paddle boats. The number of pink inflatable ponies bobbing around in the water adorned with small children, an indication of what was on sale at the retail stores prior to Christmas. It was idyllic.

The Moth broke the comfy serenity by saying:

Only of course, thankfully there was no shark reeking havoc amongst the bathers. But it did bring to mind what many friends from overseas have told me. They live in fear of a shark attack if they go swimming in Australia. Some refuse to even paddle in the shallows for this reason.

Yet if truth be told, you are much more likely to drown than be attacked by a shark in Australian waters. You only have to watch a few episodes of Bondi Rescue if you don’t believe me.

On average, 87 people drown at Australian beaches each year, (SLSA 2010), yet there have been, on average, only 1.1 fatalities per year from shark attack over the past two decades. It is clear that the risk of being bitten or dying from an unprovoked shark attack in Australia remains extremely low.

Shark attacks, in Australia, has been well documented since colonial times and the number of reported attacks during the 20th century seem to fluctuate in line with changing patterns of water-based recreational activities, (such as swimming, surfing and sailboarding), public awareness and shark netting operations.

We will never completely eliminate shark attacks, unless the species most likely to attack humans in Australian waters: ie.the White, Tiger and Bull sharks disappear from our waters. Extinction of animal species is never a preferred option.

So will there be a Jaws style attack at the Home by the Sea?

So you can pack that swimming costume when you come to visit.

By the way, we call them ‘togs, or bathers.’ Just so you know. 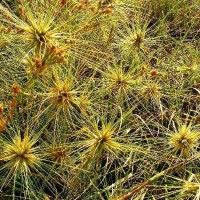 Thanks to Greg from Northside Beekeepers for a fascinating interview on beekeeping. They are industrious little creatures and we need them #freelance #feature #bees #NBKA #honey
Kangaroo Paw flower in my garden #australia #nativeplants #flora #flowers #floral #yellow #gardens
Loading Comments...