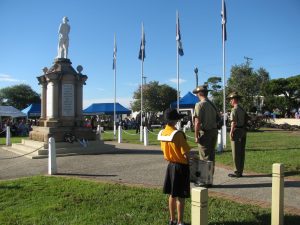 When is a Cookie a biscuit? When you live in Australia, of course.

On April 25 each year, Anzac Day, the nation stops to commemorate the supreme sacrifice of a group of soldiers that have contributed to the development of our national psyche. We don’t have many traditions of our own so we have adopted this to be a signifier that we are Australian. And the Anzac tradition has even spawned a biscuit or cookie! How Australian!

Today, there won’t be any dawn Anzac services attended by the many descendants of those soldiers, so it is likely that we might all be baking these biscuits at home, remembering the soldiers.

During WWI, a certain type of biscuit/cookie was sent by mail, in sealed tins, to the troops fighting in the filthy trenches at Lone Pine and Anzac Cove in Turkey. They were sent all the way from Australia, from the mothers and sweethearts of those brave, young men who were to fight Britain’s war against Turkey.

It was thought this biscuit would keep well in transit for an extended period of time. As such they are regarded as quintessentially Australian and our tradition of making Anzac biscuits on April 25, has continued for the past 9 years. Almost as old as this blog itself!

Below you will find the recipe.

I have posted two versions here. The first recipe is mine and the second, the trusty Women’s Weekly magazine version. Please post what temperature worked for you, if you do try the recipe…

Method
1. Sift flour and ginger into a mixing bowl and add coconuts, oats and sugar. Mix and make a well in the centre ready for the addition of the wet ingredients.

2. Stir in Golden syrup, boiling water and bicarb soda, in a small bowl, until combined.

3. Add the syrup mix into the dry ingredients, along with the melted butter. Mix well.

4. Take heaped teaspoons of mix and roll into small balls.

5. Place on trays and flatten gently.

6. Bake 10 minutes or until golden brown

7. Cool on tray 10 minutes until they firm up slightly.

Wanting to try the ever faithful Woman’s Weekly recipes, last year I cooked up a second batch. These ones aren’t so crisp, but if you like the flavour of brown sugar, they are worth a ‘go.’

Now you can also try these biscuits, and tell me what you think. I will ponder whether they will become a tradition in your house.

Early this morning, April 25, more people than usual were up early. What’s more, they were all walking past my house. Where were they going?

If April 25 holds any significance for you, I won’t have to tell you.

At the end of my street is a memorial to Australia’s and New Zealand’s fallen soldiers in war, and April 25 is named, Anzac Day, because of them.

When WWI was declared, many young men, fathers, brothers, sons, signed up as soldiers, volunteering to fight with their Allies in Europe. Many of them faked their age so that the armed forces would accept them for duty. The youngest volunteer was James Martin, a mere 14 years and 3 months old.

James Martin, along with my Great Uncle, were amongst the Australian and New Zealand soldiers, who briefly trained for open desert warfare, prior to travelling to the Dardanelles near Turkey, and came to be known as ‘Anzacs.’

‘Anzacs’, because they were the Australian and New Zealand Army Corps.

Anzacs because they fought for 8 months in the hellhole campaign that was steep cliff faces and filthy trenches in a place, known as Gallipoli. 8,141 Australians died at Gallipoli and thousands more were injured. Including my Great Uncle ‘Ted’ – Edward Russell.

Many of Australia’s finest, strongest and youngest men were fatally wounded, including one called James Martin, then just 15 years old.

This was not the worst battle in the war. Many more men died on the battlefields in France. Yet the Anzac ‘diggers’ and this spirit represents a special place in the hearts of Australians. They are the most venerated. Anzac day and its tradition of remembrance of them, becomes more popular each and every year.

We have few real traditions in our country. Perhaps this is the reason we cling to Anzac Day as it binds our nation together as a community?

Perhaps it is the stories of the death of such a young man as James Martin, the loss of such youthful promise, that brings home to each and every one of us, the enduring horror and consequences of war. Such senseless loss.

The following poem and haunting bugle tune never fails to brings tears to my eyes. In the tune, the bugle player summons the troops to assemble; the bugle calls them once, twice, three times, but the fallen soldiers do not come, nor do they answer.

Anzac day commemorates all servicemen and women who served in conflicts, not just those who died. To honour those who paid the supreme sacrifice, we stand in silence, after the reading of the Ode and the Last Post is played.

And what of James Martin’s family, living far away from the battlefields, in Australia? How did they cope without the boy they once held safe, in their arms?

A mother grieving a lost son; a Father who’d never have a beer or teach his son how to fix a broken car; a brother or sister who’d no longer feel the camaraderie between siblings as they grow, a schoolkid who’d lost his mate, and finally the boy himself, who’d never grow old enough, to become a man.

Every armed conflict and terrorist act, hurts more than just nations, soldiers and civilians, but the raw horror and loss cast a long and painful shadow far and wide.

James, like so many other soldiers gave up his tomorrows, so that we could enjoy today.

War is deeply woven into human history. Organized society and conflict appear to have marched side by side, each affecting the other. Wars have changed societies in many ways but changes in society have also affected the nature of war.

Have we yet learned the lesson fighting has for us? 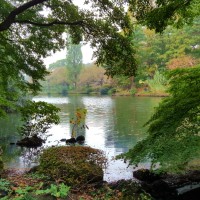 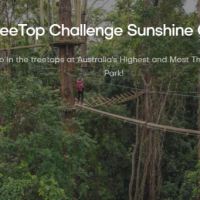