I never thought I’d be confirming an urban myth – that kangaroos hop down Australian streets.

Australia’s a first world country, (with a few exceptions), with over 22 million occupants, clustered in a few sprawling metropolises hugging the east coast. Noone still believes kangaroos hop along our city streets, do they?

It seems I was wrong.

Walking the dog around our new Home by the Sea, yesterday, I wasn’t quick enough to snag a photo of the Eastern Grey Male Kangaroo hopping down this street between the rows of newly built homes.

(I did get a video of the sweet creature, as you will see below).

What he hoped to find to eat along the street, I wasn’t sure. Kangaroos eat a range of grasses, herbs and shrubs. Perhaps Mrs Baldry’s lavender was to his liking?

The roo was headed in the wrong direction for grass, so I tried to shoo it back towards the Eco Corridor and wetland areas to the west and away from the traffic as you will see in the following video.

(Hopefully the embedded video works. Let me know if you can’t see it or it says unsupported which can happen on mobile phones).

Kangaroo in the Suburbs

We all know that rain can make the grass grow, while you are watching it. During rains, the water that runs off from the road surface collects in the verges along the edge of the streets and roads, resulting in a flush of lush, green grassy growth. Grass that many Australian herbivorous animals enjoy eating. Especially Kangaroos, wallabies and wombats.

I think you can guess what happens when they feed on these verges, after rain. Roadkill stats rise, not just in the wake of floodwaters ravaging their habitat, but also the lush growth that entices the animals out towards the roadside verges to feed.

Then this happened on my way home yesterday. Apologies for the poor quality of the dashcam footage.

Sliding Kangaroos on a Wet Road

There might just be another explanation for the sliding kangaroos, which from my perspective appear unhurt by the incident and hop away okay.

As I discovered, reading an ABC article, kangaroos can become slightly drunk or disorientated on eating too much lush new grass, (which we have plenty of at the moment), and especially so, if a particular form of pasture grass has been consumed.

This can be known as Philaris poisioning syndrome, making kangaroos disoriented, clumsy and loose balance. Which is fairly critical when jumping if you are a roo!

Michelle Mead, from Central Victoria’s Wildlife Rescue and Information Network, said the ailing kangaroos resembled someone who was under the influence of alcohol. The wildlife worker said the animals were indeed intoxicated and that it was likely a type of grass that was to blame. Known as phalaris or bulbous-canary grass, the introduced plant species is a common pasture crop grown to feed livestock.

Kangaroos have all kinds of fascinating physical adaptations for existing in dry country, including suspending pregnancies and foetal growth in drier weather, inducing them to coincide with the grass growth after rainfall, as well as methods for keeping themselves cool in intense heat.

They are not usually active in the middle of the day, conserving their energy. Seeing them jump around at 1pm on some idle Tuesday was unsual.

Some myths and truths about Kangaroos

One can hope that this doesn’t happen too often as they are likely to run out of luck crossing that road.

For several years, Australia has languished under extreme drought and water was severely rationed; last year we experienced bushfires on an epic scale that decimated the countryside. A year later, extreme rainfall and flooding on a Noah’s Ark scale!

This is the Australian climate.

Six months of rain fell in just one day and a half. Even by Australian standards, this is severe.

10 million Australians currently under a weather warning as two major systems collide.There have been hundreds of rescues and thousands across the state have faced evacuation orders as huge downfalls have caused rivers to overflow in recent days.The BOM said every mainland state and territory except Western Australia is impacted by the weather event.

Streets in Brisbane city regularly go under with each and every summer storm, and housing close to riverfronts may be picturesque in the drier times, but remain extremely vulnerable in summer rains and excessive rainfall, such as we are experiencing now.

This is my former local shopping centre car park. Cars floated away with the water.

In the country, the land is extremely low and flat. The floodplain for a river can be a kilometre or more wide. So there will be problems. Emergency services are busy.

Luckily, we are safe, good rainfall is welcome, for the minute, because all too soon it will be dry again, Very dry.

Further south, particularly in New South Wales, they are in trouble. Big trouble. There are landslips, severed flooding and roads have been cut. Communities have been declared disaster zones and are isolated by floodwater. Farm animals left to fend for themselves as people have no alternative but to leave their homes.

Another one in 100 year event, is a term I am hearing on an all too regular basis.

Yet another indication of the effects of climate change. Our planet needs help again.

We all need good news stories and I have been so pleased to share a few of these in our troubled times.

Goodness can be found in the most surprising places. If you feel trapped or stuck, this video is for you.

Pam, Boulders Colorado (…I Choose This…)

Amanda, Australia (Something to Ponder About)

Sarah, London UK (Travel With Me)

Tony and Margie, Canada (Back Roads and Other Stories)

Many thanks to Vero. This is the last in the Vlog series for now.

If you like what you see and want to see more BWaV vlogs can be watched here with the prompts market day, morning, path and windows!

How good is blogging at bringing folks together and creating a little goodness?

Amanda from Something to Ponder About

When Vero from LesFrenchChronicles started a Vlogging collaboration, Bloggers with a View, it was a fun idea that connected bloggers around the world.

Taking a look into the snippets of another’s life, another’s world. People that we only knew through words on a screen.

That is one reason why we yearn to travel isn’t it? To see different perspectives and sights?

To meet and get to know other people?

The first Bloggers with a View video not only was fun to think about and to make, it connected us in new ways.

If one shakey video has the power to connect people from opposite sides of the globe, then what would happen if we did it again, and possibly again?

Thanks to Vero, the Vlogging Project was born. The theme for my Video ‘Vlog’ collaboration was ‘Morning.

Contributing bloggers were from France, Australia, Canada, and the United Kingdom.

Let’s take a look at how different parts of the world greeted the January morning.

Joining Something to Ponder About in this collaboration were the following bloggers. Thanks so very much for your supportive efforts. Well done!

‘Toon’ Sarah – Travel with Me

Visit here to find out more

We all crave connections with others. It is a basic human need.

Connection with the people we live with, friends and within our community.

Corona Virus makes that much more difficult.Travel is restricted or non existant and there is an ongoing threat to our health. Our mental and physical health takes a battering.

Many of us turn to online classes, meetings and get-togethers to maintain the human to human connections and interactions with others.

To this end, Vero from lesfrenchchronicles and other bloggers wanted, in a small way, to counteract isolation with a video collaboration from bloggers all over the world, including myself. The result was a compilation of video excerpts from each blogger’s life, as seen through a window, door, or hatch!

It was fun, fresh and well, take a look and see for yourself.

Why make a Collaborative Video?

Through sharing small snippets of life in the different regions of the world, a collaborative video may create visual links, may improve connections, bridge misunderstandings and assist in breaking barriers between people from different regions. We all live in the one world, right?

How to Participate in a Collaborative Video

You will need to prepare a 20 second Instagram like video in landscape mode, based on your interpretation of the theme of “morning.”

The video needs to reach my inbox before Tuesday 2nd February and does not need to show you in it. [ie. you can be behind the camera].

The video should portray your idea of ‘morning.”

‘Morning’ might mean something vastly different, when compared to my morning of an early sunrise breaking over the choppy waves on the Pacific Ocean; it might mean a quiet cuppa whilst reading the news. Or, snuggling with your pet, driving/walking to work, (even if you wfh), or preparing breakfast or a family ritual?

Contact me here and I’ll email you further details.

Vero has started a collaborative project collecting videos from her blogging community around the world. Being isolated doesn’t have to be boring.

Are you curious? Then, hop over to Vero’s blog to see the short Collaborative Blogger Video.

It was good fun to be involved in such a project and I thank Vero for organizing this “Vlogging experience.” I particularly enjoyed seeing some parts of the world that I only know from words on a screen or a social media posts.

Would you like to make a video of your corner of the world? 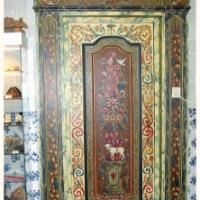 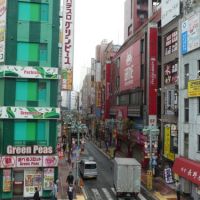