The Big Scrub is located in Northern New South Wales, Australia. This vast area of subtropical rainforest was cleared by European settlers from the 1840s, firstly for its valuable cabinet timber species, in particular red cedar, and later for agricultural selection, primarily dairying and agriculture.

This region is of special significance to me, as my Great-grandparents were some of the first pioneers to select and clear this land along the Coopers Creek, a perennial stream of the Richmond River Big Scrub, later to be called the township of Eureka.

Early Exploration of The Big Scrub and ‘Red Gold’

In 1842, the original cedar cutters were attracted to the area by the the enormous stands of ‘Red Gold,’ or Red Cedar trees that stood dense and tall on the river banks.

Red cedar was one of the first export products for the fledgling settlements of convict NSW. Cedar exports continued to rise, coming third in significance to wheat and wool, during the 19th Century. Being a slow-growing tree, the Red Cedar produces beautiful soft timber that was used for furniture and, (wastefully), flooring, in Australian housing. The abundance was greater than anyone had experienced before and the quality of the timber was exceptional so more and more settlers and cedar cutters flocked to the district. Before long, all the cedar had been logged out.

Selection of the Big Scrub and Land Clearing

As a condition of receiving land grants, the selectors had to clear all the vegetation. Not the 15 per cent along the streams or anything like that, “clear it all,” they were told.

Settlement of the Big Scrub had commenced in the areas around Alstonville, by 1865 under the Conditional Purchase provisions of the Robertson Land Act of 1862. The Act meant clearing was compulsory in order to maintain your ownership of the land.

Great Grandfather, Samuel Russell, would have had to clear-fell several acres of land each year or forfeit his claim to the land. In addition, each selector had to build a house and make other “improvements” to maintain his title. This was how the Government would encourage settlement of particular areas, and by so doing, displace Aboriginal people and many animal and plant species.

The demand for good grazing land fed a steady flow of settlers into the region. Even as late as 1908 at Jiggi Creek, just north of Lismore, clearing a site for a hut was still a major undertaking; clearing an entire selection would involve months of back-breaking effort for the settler and any of his children able to help.

This Government clearing and settlement initiative was responsible for 99 per cent of the Big Scrub being cleared. 99 % of the original forest has gone. Remnants of, ‘The Big Scrub,’ remain in National park and State Conservation areas, but most of it was burnt by early pioneers as they considered it useless to farming. The botanical diversity was not seen as valuable as it was, “just scrub”.

It is hard to be critical of early cedar cutters and settlers who contributed to this destruction; the evidence of their hardiness and enterprise, their spirit and their willingness to endure harsh conditions and to pull together is too great not to feel some admiration, notwithstanding various incidents of cruelty and worse towards the Bundjalung and other Aboriginal peoples of the region.

Environmental Significance of the Big Scrub

One man and his brother were able to shoot 102 wompoo pigeons now extremely rare and potentially extinct, from one white cedar in one morning and, on another day, filled two chaff bags with topknot pigeons and four brush turkeys; brown pigeons were too small to waste the powder on but, on the way home, one casually thrown stick killed six of them. These birds were destined for salting down as the family’s food. At the same time, previously uncommon cockatoos, parrots and lorikeets descended on the pioneer settlers’ crops “in clouds”. Pademelons, [a type of small kangaroo], proliferated and became a scourge to crops and pastures; bandicoots were more numerous than ever before and the brush possum appeared in numbers, driven out from the cleared forest areas. The abundance was short-lived and the forest habitat was replaced by dairy cows. Today, there are few remaining native mammals and dairy farms have largely been replaced by macadamia nut and tropical fruit plantations.

Inroads into the wildlife were heavy but in the long term may have had less drastic permanent effects on animal populations, had suitable reserves been created and maintained. But as axes rang through the forest, trees crashed and the smoke drifted through the canopy, wildlife had no hope; its habitat was almost totally erased.

Despite the loss of such rich sub-tropical rainforest, the remnant areas remain important for migratory birds and bats, who disperse seeds of a number of species on their movement northwards. The remnant forest provides important stepping stones for birds and bats which seasonally migrate between the forests of the coast to the south. As the birds and bats are the major vehicle for dispersing seeds far and wide, the remnants are important genetic pools for seed diversity in north-eastern New South Wales.

Some early property owners preserved small parcels of their less accessible ‘upper country,’ out of appreciation of the forest’s natural values. Other patches were deliberately retained as firebreaks, (although rainforest is susceptible to fire and does not regrow from it as does eucalypt forest).

Great grandfather, Samuel Russell and his wife, Sarah, were Pioneers selectors of the Eureka and Coopers Creek area, a tributary of the Richmond River. My Grandfather was born at the family farm along with about nine other sisters and brothers.

Samuel Russell, my Great Grandfather, died prematurely, of heart disease, and one could imagine the physical toll of heavy work such as clearing the thick rainforest may have contributed to his early demise. Sarah remarried and left the district. The children were spread out amongst older family members. My Grandfather moving to Wondai, to live with his sister, Annie Sheather.

It is difficult to locate the original Russell selection now, as boundaries and access roads have altered over time, but the area remains primarily agricultural grazing land.

It makes for a wonderful place for a day trip from Lismore or further north and makes one ponder about what it was like in the early days. 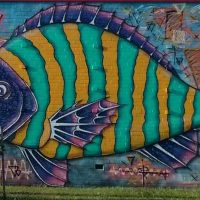 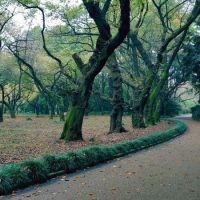 Giant Schnauzers are so cuddly and grand. A champion in the ring. Lovely to meet Memphis this morning. #Schnauzers #schnauzerlove #schnauzies #schnauzersofinstagram🐾 #giantschnauzers
A flying tour of the canal thanks to the Cormorant.