There is something about a Schnauzer.
Cattle dog, Corgi, Hybrid cross, Scottish terrier, Red Setter: I have had them all as pets at various stages, but to me, one dog breed stands out above all the rest. The Schnauzer. What is it about these pets that can turn the most unemotional, stoically, clinical person into a blubbering, child-like swooner full of soft and fuzzy ga-ga baby talk? I have not worked out what their magic is, but I know that I was infected with this obsessional ‘bug’, the moment I laid eyes on a schnauzer.

There is no doubt pets bring a special element to your life, but a schnauzer, is so human-like, it even regards itself as human. It does not like to live in the back yard or on a runner chain, It wants to be with you, its family, its pack, for that is when it is most content. Not only originally bred in Germany, as a ratter, the original size ( the standard) was bred also to be a family pet, so is perfectly suited to this role.

And it seems other schnauzers know that they are special.

Schnauzer picnics are organized by a group of Schnauzer owners here on a regular basis, and it is often the case that a larger dog, such as Labrador or even an imposing Bull Mastiff, will run away, (literally, with its tail between its legs), when faced with a pack of wary bearded schnauzers in the off leash area. As other Schnauzers arrive at the gate for the Schnauzer picnic, those already present, form a ‘welcoming committee‘ which patrols close to the entrance, giving new arrivals the once over. This ‘committee’ greets fellow Schnauzers enthusiastically with lots of tail wagging, sniffing and circling, yet scrutinizes negatively, with vociferous barking, any larger dogs or those without hairy muzzles who try to ‘mingle’. (The mini schnauzers are especially good at voicing their opinion).  The only exception to the rule appears to be the Scottish Terrier, (who I feel sure temporarily confuses the self appointed “Schnauzer- bouncers- come- breed snobs’) who mistake the Scottie for a ‘black Schnauzer with slightly mutant ears, badly in need of a haircut’,  and admit them to the fold. As long as it has a beard, it passes, it appears!!

Within the Schnauzer picnic group, a sub group has now established itself: the Standard Schnauzer group whose members despite greatly varying ages and lifestyles form a close knit group, who met up for a ‘dog’s breakfast’ yesterday.  Here are some of the photos:

Hearing someone share a familiar anecdote about their dog, which  you have experienced yourself, is a little surprising. Uncanny how each dog is so different and yet has similar traits, mannerisms and experiences. Lots of sharing and caring happens within this group who enjoy life together, united by their four-legged family members. Included in the group are two rescue dogs, and one dog that has been re-homed. All behaved remarkably well at the breakfast. But then, that should not be so surprising. After all, they all had beards….

Two of these dogs are pets who have been surrendered to the dog rescue, unhappy, anorexic and stressed but that was some time ago. Can you pick which ones they might be? 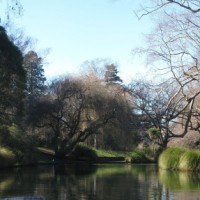 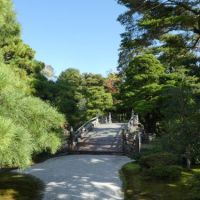