Proverbs and sayings provide us with wise words from all corners of the world. Best savoured a little at a time, these sayings have been passed down from generation to generation. Each Thursday, I post a saying, or proverb and a quote that I find thought-provoking. I hope you enjoy them as much as I do.

I hope you think so too.

This has been a momentous week in Australian politics. About much debate and anguish, words of love and hatred, legislation has passed the Senate that will allow same-sex couples to marry.

We are perhaps behind much of the world in this respect, however, we have negotiated a long, arduous, divisive, and hate filled campaign in order to reach this point. As the bill was debated in the parliament, a traditionally conservative Senator voiced these words which synchronize with this week’s theme.

“How you love is how God made you. Whom you love is for you to decide and others to respect.” Senator George Brandis –

Hatred can so often be destructive of relationships, people and things. How can we get past hatred?

Albert Camus has these illuminating words: –

Peace of mind can be achieved by a change in one’s attitude.

What do you make of Camus’ words?

Join in the discussion this Thursday at Something To Ponder About 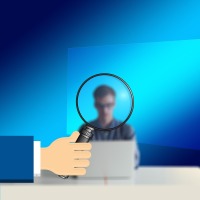