In 1734, South-eastern Prussia a guild was founded for the blue and Schönfärber crafts, wherein linen, and in later years cotton fabrics, were printed using a particular indigo blue dye and a resist process.

Although Blaudruck or Blueprint fabric design is highly parochial and a traditional folk art, rather than existing on a commercial level,  the ideas and inspiration for this form of textile design, had its roots in the wider art forms of the eighteenth century. Peasants from Cottbus and Lusatia were influenced by elaborate tapestries, expensive furnishings and blue and white porcelain styles  they saw in around them during the 18th century. Blueprint then developed into a cottage industry of hand-woven linen fabrics, made by the rural population, and then dyed predominantly in indigo blue but occasionally in red or yellow.

For many handcrafts, as well as Blaudruck, industrialization spelled the end of most blue printing workshops and only a handful remained to carry on this craft.

The color is transferred directly to the fabric surface and appears first as brown. After drying, the material is placed in a developing bath, in which the brown ink changes to a bright blue by a chemical reaction. The fabric is finally boiled, pressed and then ready for use. Printing must be done very carefully, as errors can not be corrected. This craft process is a further development of the original reserve print and is used when a blue pattern is to be created on a white background.

It is a dyeing process, not a printing process as the color is transferred directly to the fabric surface and initially appears brown. After drying, the material is then placed on racks in a developing bath, and a chemical reaction turns the brown ink to a bright blue. Lastly, the fabric is  boiled and pressed before it is ready for use. The fabric is hung on an iron frame in layers and dipped into a deep ‘Färbebottich,’ or vat.

An alternative process can create a similar blue colored fabric using a form of etching using a corrosive substance (etching), which also leads to a white pattern on a blue background. 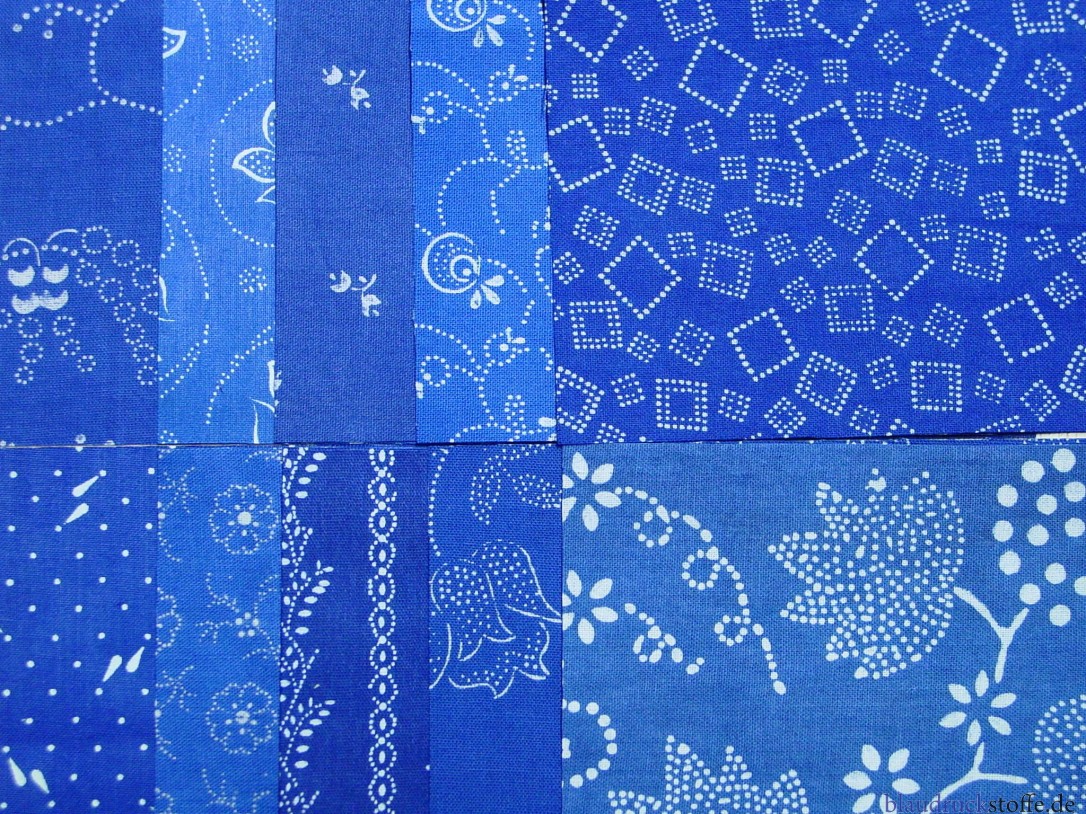 The ornamental motifs and patterns that are used, in Blueprint textiles, are some of the oldest known patterns used in textile design. Florals, perpetual borders and Christianity motifs were popular themes and clearly an integral part of folk’s lives.

“Blueprint” have been used to decorate such items as tablecloths, pillowcases, curtains, and wall hangings.Even in clothing fashion, it was used as as an element of  ethnic minority from the Lusatian region. Aprons, in particular are printed with different patterns on the front and back

Blueprint textile design is something I will be pondering more about.

January 26: Australia Day. The only National Day of celebration Australia observes, that has any strong evidence of tradition.  Most Australians will relax by going to the beach, or at a pool party with family and friends most likely with a hearty outdoor barbeque. Given that we are such a new country, in Western eyes, is it the only tradition we observe?

‘Culcha?’
In the past, the British might have thought us uncouth(?) colonials, living in a faraway, dry and dusty place, a sun-burnt land of uncultured outcasts and white sandy beaches. And, if truth be told, as a small colony, we really didn’t have much that could constitute a national identity, in the modern Western sense. (The Indigenous people could quite correctly argue this point).

After all, we sang the British National Anthem, “God Save the Queen” in clubs and schools; the Queen of England’s Privy Council held final sway over our laws, (although the Queen has never exercised this Veto); our troops fought battles for distant Commonwealth countries, in conflicts unfamiliar to us; our flag was in part, the flag of Britain and lastly, our cuisine, until recently, was very much based on British/European dishes. ‘Aussie’ Culture? Hell, we didn’t even have our own language, did we?

In much the same way that isolation fosters the evolution of biology and art, geographical  isolation has allowed Australia to develop their own lingo, or slang.  For while we don’t technically have any dialects as such, in Australia, I would wager that not everyone would be capable of understanding the true meaning of the following passage, without prior experience in Australian ‘slanguage.’

Keep ya’ shirt on! You don’t want to get the raw prawn at the Barbie, this arvo. It’s a scorcher Straya Day, and every man and his dog will be heading to the beach, so it’s better to fill ya’ esky with a few tinnies, ditch the Reg Grundies and wear your budgie smugglers under ya’ boardies! Don’t forget your slip, slop, slap!  She’ll be right, mate! Fair Dinkum!

Translation: Hold your temper! It is not worth fighting about! You don’t want to end up in a compromising position at the outdoor meal prepared over a outdoor grill this afternoon. The weather is very sunny and extremely hot this Australia Day, and there will be a large group of people, of all kinds, visiting the beach. So it is wise to purchase an insulated portable picnic box, used for keeping food at a safe temperature, and fill it with ice and tins of cold beer, whilst dressing in the appropriate attire. That is: wearing ‘minimalist’ lycra swimming bathers underneath knee-length board-shorts, and leave the regular cotton underwear at home. Wear sunscreen, a hat and a thin cotton shirt to protect yourself from the harmful effects of the sun! This will be well accepted with the populace and everything will work out okay, without any harmful effects. You will have a fun time. That is the truth, friend!

As you can see, Australian speech focuses on being terse or using ryhymes, when speaking ‘slang’, as it takes twice as many words if you use the Queen’s English.  When it is 44 degrees Celsius in the shade, I guess there is a reason to be concise! Talking takes energy. Energy that is zapped by the ridiculous heat of the Australian summer.

Whether it was Australia’s colonial history or the sense of mate-ship, (stemming from  convict times), that forged the development of Aussie Slang, all Australians know and understand it as if it was their birthright, even if they don’t ALWAYS use it. But Slang  makes the job of understanding Australian speech, so much harder for foreigners, even if that person was already proficient in English as their first, or second language. Learning a little ‘Slang’ will stand you in good stead with your Australian friend!

What’s in a name?

And slang is not the only distinguishing tradition of Australian language. Aussies love to shorten names, or at least, to give you a pet nickname, the more derogatory the better. This is not meant, in any way, to offend, but rather given as a sign of acceptance and great affection.

If your name is Matthias, you will mostly likely be called ‘Matt’, ‘Matty’, ‘Matt the Rat’, or some other derivation, but never Matthias. Sharon is always ‘Shazza’, Karen: ‘Kaz!’ Laurence will not be known as Laurie, but ‘Loz’, ‘Boz’, or anything in between!

If your name is a short one, like Todd, you may be called, ‘Toddy’, or ‘Noddy’, or maybe even ‘Slugger!’  If you ever do hear someone address you by your official name, especially  in Australian male circles, you can be suspicious of that person’s intentions! They may not end up as your friend!’

So Happy Australia Day everyone, wherever you are in the world. It is time to get the tucker ready for tonight’s barbie!  I am Australian, after all, and if that’s our tradition, then I must continue to uphold it. “No Worries?”

In the words of Gangajang, This is Australia!

Out on the patio we sit, and the humidity we breathe,

We watch the lightning crack over the cane-fields,

Laugh and think that this is Australia

This is our country, Australia!

Traditional Slang to Ponder About

“I’m Only Yanking Your Chain!” 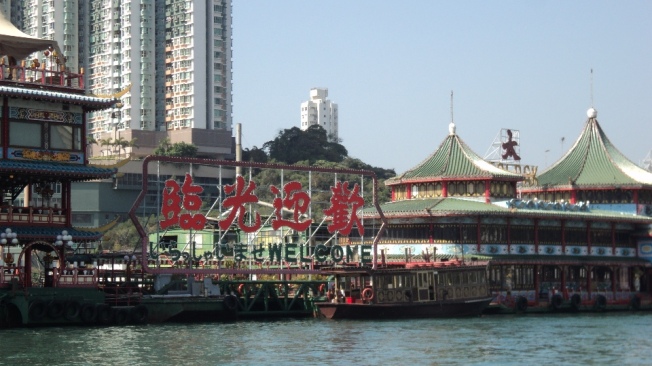 “I hated every minute of training, but I said, ‘Don’t quit. Suffer now and live the rest of your life as a champion.”

“Don’t judge each day by the harvest you reap, but by the seeds that you plant.”

Some words to ponder about.

Icelandic proverb from the Sagas.

Something to ponder about this day. 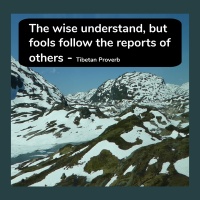 A flying tour of the canal thanks to the Cormorant.
Ready for a wedding today #gift #justmarried #covidsafewedding