Purple prose is flowery and ornate language. It sacrifices plot and clarity for indulgent detail. A piece of prose can be entirely purple, or it can have ornate bits sprinkled throughout. We call cases of the latter “purple patches. Purple prose is like showing up in stilettos to go on a hike. The language doesn’t match the occasion or the character. It draws attention to itself. It doesn’t advance the action, clarify the plot, or reveal a character’s intentions or thoughts. It’s fluff — description for description’s sake. Imagine being thirsty and drinking out of a fire hose instead of just getting a glass of water. This is what purple prose does. It drowns the reader.”

Sandy’s prompt for Friendly Friday is all about purple and she included an explanation of purple prose. She also threw out a challenge to finish a sentence using the most purplish prose and also how she would be challenged at Uni to shorten a piece of prose by 50%. I could not resist this kind of writing challenge.

Which of the following versions do you like best? Like the above photo, the first passage is OTT and I warn you it is so purple, it’s blue!

Purple – Complete the sentence: It was a dark and stormy night …

It was a dark and stormy night, of the kind that is punctuated intermittently with angry, tense thunderclaps, and a murky iron blackness that swallowed any chance a moonbeam might stray upon the field of still blossoming, lemon-yellow canola flowers, or the leafy green hedgerow that stoically hugged the rain-soaked asphalt, when a decrepit, rust-ridden jalopy, complete with chrome plating and red vinyl upholstery with loosening stitching, wobbled and slid unceremoniously along the narrow lane; its similarly torpid, disheveled driver with whisky soaked breath blissfully unaware a malevolent evil waited within the protracted, wispy shadows of the grim, concrete-grey mansion positioned atop the hill.

And now for the shortened version:

It was a dark and stormy night, punctuated with thunder and a blackness that blocked any view of the surroundings, when a disheveled whisky-soaked man drove his aging vehicle haphazardly towards the foreboding mansion on the hill, blissfully unaware of the evil that awaited him.

Join in with the Friendly Friday Blog Challenge. A new prompt will be posted here in two weeks time.

If you want to live on the edge of life, you need to be flexible.”
~ Kim Novak

“I just can’t do it! I can’t,” he implored. Manfred was clearly beside himself.

Holly paused to let the tension digest before replying, “Can’t you negotiate with them, Mannie?“

Manfred looked sad, then stubbornly fixed his jaw, explaining, “No, I just can’t go back. It won’t work.“

Holly decided Manfred wasn’t going to budge. It was hard to understand why he was fixated on quitting the job he’d started just a day or two before. After all, working in a food truck was good experience for an unskilled youth, even if the Manager had abused him and rostered him to work long hours at weekends.

Holly quietly suspected that if Manfred quit this job, he’d find it difficult to survive and worse still, he’d lose the routine and direction he sorely needed in his life. Teenage boys with time on their hands tended to create trouble; something Holly had witnessed when her own brothers were growing up.

“So, ah – what’s your plan now?” she ventured, after letting the silence hang for a minute.

“Well, I’ve been thinking about doing street entertainment, so I can start my own business,” Manfred began enthusiastically. “I have this idea to remodel shipping containers as cheap accommodation.” “They’re portable, readily available and everyone wants one.”

“A business, hey? You could call it, Home, ship, Home,” Holly joked.

Manfred’s face lit up, which gave Holly a warm feeling inside. Since meeting Manfred on the park bench some months before, she’d grown to like his confidence and enthusiasm. He’d charmed her with easy conversation and a good dose of charisma, but she knew he was dangerously impulsive. And that she thought was worrisome.

After promises to meet again the following week, they parted ways. Holly back to her family in the suburbs, and Manfred to who knows where. Holly wondered where he’d sleep that night. He had explained several time that it was often safer to walk the streets at night and ‘crash’ in the park, once daylight came. On those nights, he’d confessed to using to cope with his inner demons. Holly decided she’d have to convince him to get help when they met up again.

While idly washing the dishes from Mum’s casserole dinner, with the 6 o’clock news droning in the background, Holly’s legs suddenly collapsed under her.

“The unidentified man fell from the City Bridge in a daring stunt gone wrong,” the TV droned.

Her head hit the floor hard and when Holly came to again, it was easy to forget the news story. Surely, she’d see Manfred’s smiling face again, at the end of the week.

Holly’s week dragged by ever so slowly. When 5 o’clock came she rushed to the City Bridge and anxiously looked for Manfred’s slouching figure on the bench seat where they always met. She was sure he would be waiting for her, as he always did, in their usual spot.

But the bench seat was empty. Holly sat down and waited. 5.15pm passed, then 5.30. By 6pm, she could no longer ignore the sense of despair mixed with utter hopelessness that blinded her thoughts. Was Manfred really gone?

With trepidation, Holly peered over the Police tape cordoning the City Bridge’s narrow railing and absently reached for a gum wrapper someone had twisted around a wire in the fence. Her heart broke as she read the words scrawled thereon:“Home, ship Home.”

Something different for Sunday Sayings this week

Appreciate and treasure the moments with others.

There isn’t always a second chance. 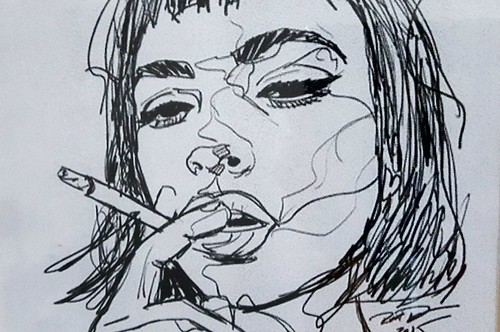 #bombealaska #foodie #dessert #dinner #theox
Thanks to Greg from Northside Beekeepers for a fascinating interview on beekeeping. They are industrious little creatures and we need them #freelance #feature #bees #NBKA #honey
Loading Comments...